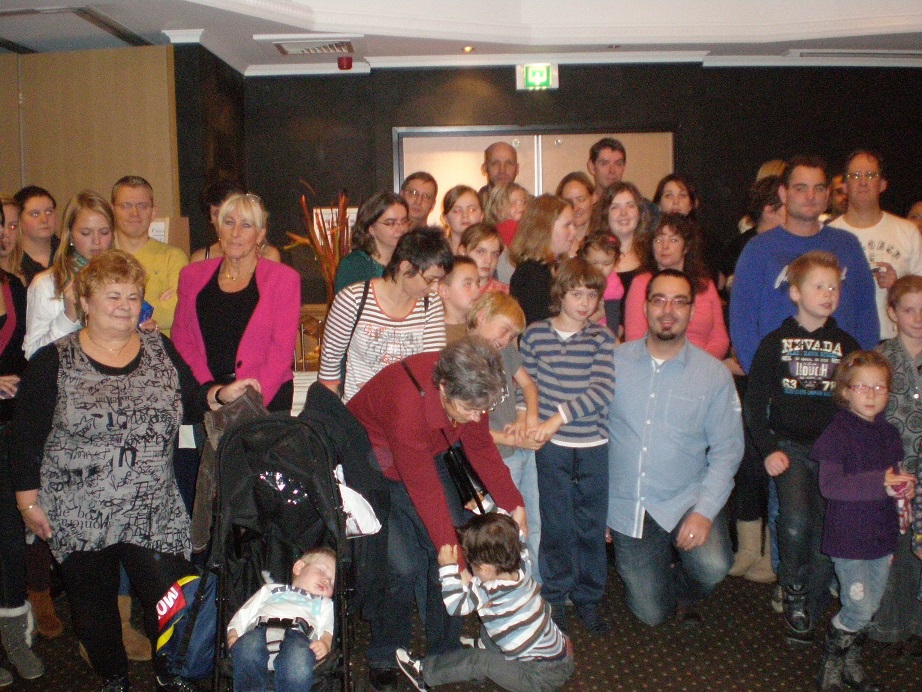 On November 6, 2010 held our annual meeting in the Netherlands. The number of participants was a new record: 98 from 8 countries!

This number included physicians, board members and the children’s entertainment team.

Friday night there was a reception for our foreign members with Dutch snacks and everyone received a Christmas package consisting of (among other things) chocolates, marzipan, cookies, almond sticks and ‘speculaas’ biscuits. It was a big hit !

There were more than 30 children from different countries present! An entire team was on hand to take care of the children and had arranged all kinds of games and toys. Since the ‘felting’ was a great success last year, we arranged to do it again this year. The children had a lot of fun making various things!

Around 10:30 Lex started with a general presentation about our association. We were able to achieve a lot, especially thanks to the grants received from the Dutch Government in 2009, and also because of this, the number of members increased. In 2009 we organized our first family day in the Netherlands which was a huge success, thanks to the beautiful weather and our VIP passes (so there was almost no waiting at attractions)!

Furthermore, in 2009 we migrated to a new website (which went “live” in February 2010), published a new leaflet in several languages, and created a new poster. Doctor van Steensel travelled with us to the USA, specifically for diagnoses and to answer questions – the trip was a great success. Doctor van Steensel also performed free medical examinations and diagnoses on a number of patients from various countries in Maastricht.

In 2009 we also drew up a marketing plan which we are in the process of implementing. This is especially visible on the website.

After Lex’s presentation, Doctor Oduber spoke to the attendees. She received her doctorate in January 2011 in vascular malformations and has been researching in that field. She provided some updates regarding CMTC.

Doctor van der Schaar, our psychologist, spoke after Doctor Oduber’s presentation. He opted for an interactive session and was well prepared for the cultural diversity of the audience. There was a lively discussion during which he answered many questions.

After lunch Doctors Orange, van der Schaar and Oduber held a medical forum. This was also accessible via an interactive internet feed, and indeed several people from the USA and the Netherlands participated remotely. There was a live feed from the hall if they had a web camera. Technically it was not quite so smooth as expected, so next year we will have to test a bit more than we did this year, especially with foreign members.

After the forum several members took advantage of a free consultation by Doctors Oranje and Oduber. Snacks and drinks were available in the meantime so that everyone could relax and chat.

We arranged dinner at a “pannenkoeken” restaurant especially for our foreign guests which was very good (not only because of the large pancakes)!
After bringing our guests back to the hotel, we parted company and reflected on a very enjoyable and intense weekend!
Furthermore, in 2009 we prepared our new website, which went live in February 2010, a new leaflet prepared in several languages and a new poster prepared. 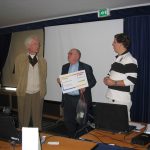 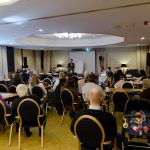