After one DNA mutation has become known, you cannot just get rid of your issues 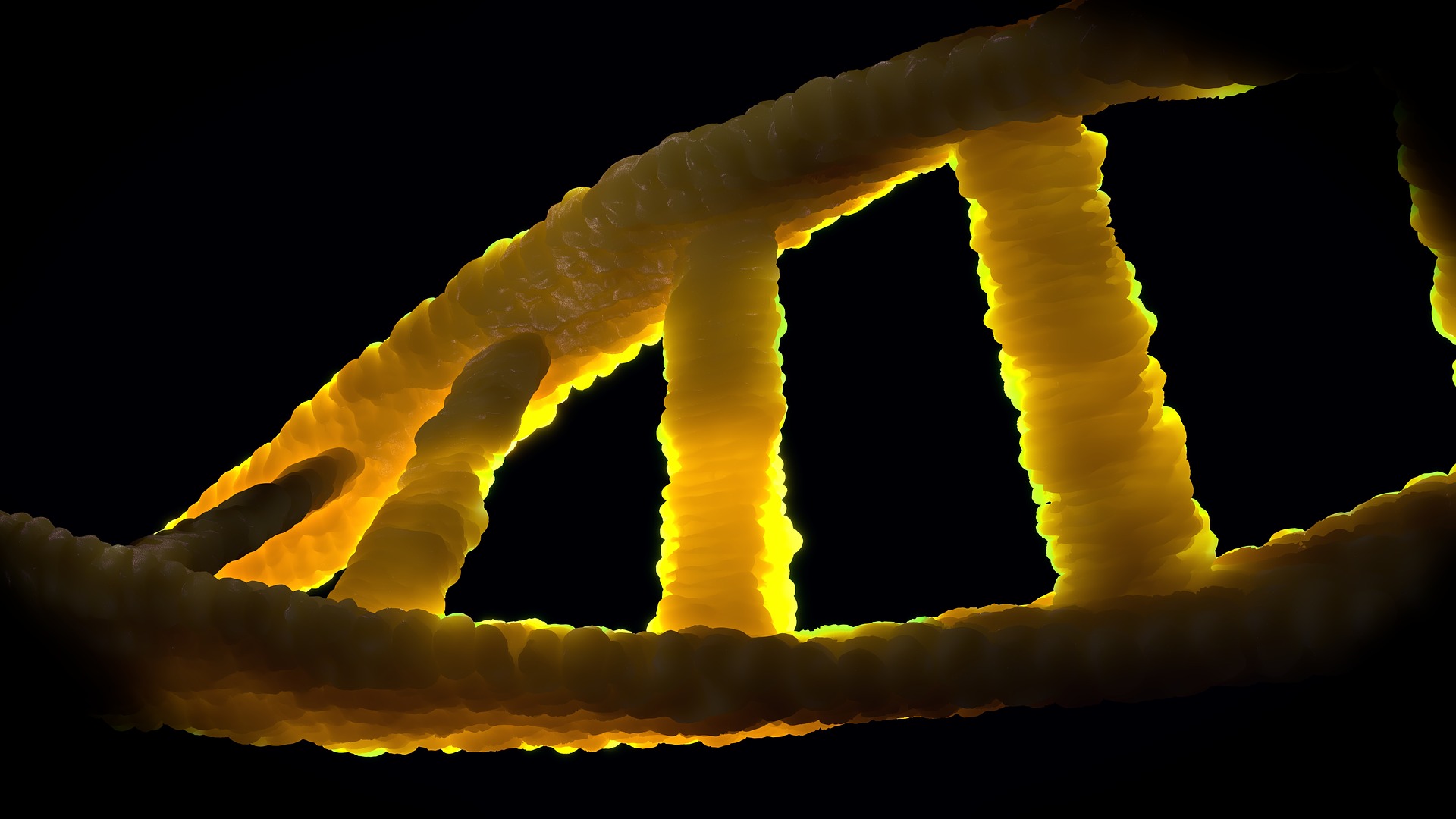 A DNA mutation involves a change in one of the chromosomes, which are located as a set of 23 in the nucleus of all body cells. The earlier in development the DNA mutation occurs, the more cells may be “affected”. The reason for this is, that after the fusion of the egg cell with sperm (forming the zygote, in which paternal and maternal DNA are combined), cell division occurs frequently during the embryonic phase. By copying all current chromosomes every cell cycle, ‘daughter’ cells are provided with the genetic information. A DNA mutation can occur in any cell at any time and (if the repair fails) thus will be copied, delivering all cells afterwards with this mutation.

Many mutations remain unnoticed, some however can have large-scale effects or even affect the viability of a cell. A mosaic pattern can arise when a mutation is not inherited but occurs during embryonic development. Part of the cells is affected, while others are not, a so-called somatic (non-hereditary) mutation.
It is not excluded however, that a hereditary transferred mutation can contribute to the development of an abnormality due to somatic mutation, namely in the case of a ‘second-hit’. By this, the effect of the transferred mutation only shows up when, during the developing phase, by incidence that specific second mutation occurs. Thus there are different theories about the development of a genetic congenital abnormality.

For a few disorders related to CMTC DNA mutations are already known from research by association studies with patients. Unless the rareness of such congenital abnormalities, analyses of biopsies from several patients revealed associations with a specific abnormality in their respective DNA sequences. Normal, unaffected tissue from the same patient was used as control material, thus comparing DNA-sequences in question.

A human genome consists of a few billion ‘base’ pairs in total. The base-pairs guanine, G, adenine, A, thymine, T, and cytosine, C, constituting the elementary building blocks of the DNA, the nucleotides. These can be recognized as the DNA code for the production of proteins, some of which constituting the cell and others accompanying a lot of functions within the cell.

For the discovery of specific DNA-mutations which interrupt cellular processes, relevant variations between DNA-sequences have to be distinguished in a lot of phases of research, before they can be assigned and characterized as DNA-mutations.
Nowadays, increasingly advanced molecular techniques are available accommodating such investigations, including sequencing methods for quick and accurate unravelling of nucleotide sequences under introspection.

As an example, Klippel-Trenaunay is a disease related to CMTC which is associated with a DNA mutation within the gene encoding PIK3CA, a factor from the PI3K pathway responsible for cell growth.
Sturge-Weber is another related syndrome which is associated with a DNA mutation in the gene encoding a Gα protein (Gαq), which is involved in several pathways, including PI3K-RAS.
Jordan et al (2019) examined patients with diverse congenital vascular malformations for abnormalities within their genomic DNA-sequences. All patients showed characteristic symptoms, such as skin disorders, local growth disturbances in local parts of the body such as head or limbs, as well as other, additional symptoms. In addition to Klippel-Trenaunay and Sturge-Weber, patients with marbled skin (cutis marmorata) took part of the population he studied. This group of patients was significantly associated with a DNA-mutation within their gene encoding another kind of Gα protein, Gα11.

In short, Gα proteins (guanine binding proteins) are involved in the activation of signalling molecules. The effect of a DNA mutation in Gα is that signalling molecules like PI3K or RAS are not becoming activated as usual. This results in a disturbed stimulus for cell growth as well as for other cellular mechanisms controlled by Gα.

In short, regarding the environment of the cell, G proteins (consisting of Gα but also a Gβγ subunit can take part of this) work together with the G-protein coupled receptor (GPCR). This receptor is bound to the cellular membrane (the outer edge of the cell) and transmits signals from the outside, activating the G-protein (including Gα) at the inside. Gα can bring about a variety of changes elsewhere in the cell through various cascades of reactions (or pathways). A DNA mutation at a relevant location in the DNA sequence of Gα can disrupt the regulation of pathways and mechanisms, influencing a range of subsequent cellular processes.

“One swallow doesn’t make spring yet” indicates that discovery of a DNA-mutation in some of their body cells will not be helpful for patients’ condition and complaints on its own. It is the beginning of a new phase, with more understanding, recognition and early and unambiguous diagnosis and perhaps more targeted treatments can emerge in the future. This requires more research.

Disturbances during embryonic development, which can manifest in diverse (degrees of) symptoms, may become better explained in the future.