Donations enable us to do even more

Support us and become a donor

We try to make a positive contribution to the lives of people suffering from vascular malformations (blood vessel abnormalities), such as CMTC, and to stimulate scientific research into these malformations. We cannot do this alone. Will you help? Then make a donation.

CMTC is a rare skin/blood vessel disease, which means that the quality of life of the patients is not optimal. We want to make all information about vascular malformations (blood vessel diseases) available to everyone. We cannot do this without sustainable support from our donors.

With your support, we conduct research into blood vessel abnormalities and ensure that anyone affected by these conditions can find us. We can then share our information and provide a community where patients and their families can meet.

Why should I become a donor?

There are still so many questions surrounding vascular malformations, but the fact remains that the condition can drastically change the lives of patients and their families. The complications can range from cosmetic to fatal.

Medical treatment is often only possible after the complications arise but by then, it could already too late. We are here for anyone who has a vascular malformation, ready to support them and their families where necessary.

With your contribution, we can continue to develop and improve the quality of life of patients. We provide a community where families can support each other and receive first-hand medical advice.

How will my donation help?

Your data is safe

We process your data according to the European Privacy Legislation (GDPR).

Do you want to terminate or change your donation? This can be arranged easily by contacting us

With effect from 1 January 2008, our organization has been recognized by the Dutch Tax Authorities as ‘Algemeen Nut Beogende Instelling’ (ANBI number 815 64 96 54). The consequence of this is that donations and donations within the Dutch tax legislation are tax-deductible according to the applicable rules. 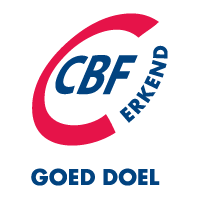 As of 1 July 2016, we have received the CBF quality mark as a CMTC-OVM organization!

What does the CBF quality label stand for?

Since 1996, the CBF (Central Bureau Fundraising) is awarding a quality mark to fundraising institutions. The CBF-recognized charity logo shows that this organization adheres to the rules that apply to recognition by the independent CBF. Recognized charities know what they want to achieve, have their organization in order and tell openly and understandably about it. Once every three years, the CBF tests recognized charities again. Temporary checks can also take place.