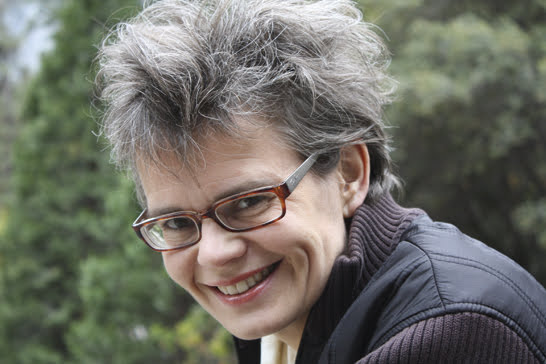 In the last fifteen years melanomas are becoming more common in the Netherlands.

“People have more free time than before and nowadays they are in the sun or use a tanning bed much more. Sunburn is the culprit, especially if it happens at a young age,” says Dr. Michette de Rooij. Dr. Michette de Rooij is as a dermatologist attached to the VieCuri Medical Center in Venlo / Venray. “The melanoma of the skin has the unique property as a form of cancer that is on the ‘outside’ and is therefore visible to everyone. Theoretically it should be quickly recognized by both medical and nonmedical people. Early recognition therefore is possible and important, because then the treatment is relatively simple and the cure rate is high.”

“Skin cancer usually occurs in a mole that suddenly changes in form or color. Sometimes a melanoma may be partially or entirely without pigment, making it difficult to recognize. In women, melanomas often occur on the legs and in men more on body parts exposed to the sun. They can also occur on skin not receiving sunlight. Skin cancer does not happen to you from one day to another. There can be a pretty long development time. It’s probably not the long exposure to sunlight causing melanoma to arise, but the biggest risk factor is sunburn, especially if it occurs before the age of twenty years. Damage at a young age is more dangerous so keep children from the sun. Moles occuring during childhood and adolescence need to be monitored since the mole cells are still in the development stage and are vulnerable. Skin type also plays a role. People who burn quickly in the sun have a greater risk of getting a melanoma. In approximately 10% of melanomas, there is evidence for a genetic predisposition”. “Please note changing moles. There is a convenient ABCDE rule. [See diagram – Ed] It’s not always a melanoma. It can also be an ordinary mole. The doctors usually know by appearance that it is a common mole. If a doctor has a concern, he or she will refer you to a dermatologist. Go to the appointment because the sooner the melanoma can be removed, the greater the chance of cure.”

De Rooij graduated in 1997 with a thesis Volunteer melanoma screening: pros and cons. In other words, screening based on self-selection and detection in melanoma sense? “Calling people without symptoms in as a population leads in this case only to scare a large part of the population. Because all adults average about thirty moles larger than 2 mm, we do not want that. At the time I examined, voluntary screening was an option. With a great team, we organized two Open Days in South Limburg. During these days people could show a spot or spots that they did not completely trust. Similarly, people at risk such as people with many moles, congenital moles, light skin type (with or without much sunburn) or melanoma in the immediate family were notified. The result was overwhelming. Nearly 4200 people came to the event. This was mainly by word-of-mouth. There were many more women than men. Many men were also sent by their wife/partner to the Open Day. Women/partners also play an important role in early detection. This is to describe a major risk: Elderly men without a partner often come only at a late stage to the dermatologist”. What were the people offered? “People were given the opportunity to view a spot or have their whole skin inspected. The latter yielded little extras and took a lot more time! I would point out that people with certain characteristics (such as many moles, light skin type) were according to the current protocol of the Open Days fully serviced. Then we have this group of people followed to see if there were significant skin disorders (eg melanoma) missed. That was not the case for one year, so people were quite able to provide a kind of ‘pre-selection.’ Is there ever a follow-up study done with the same model? “No. Our research took place in a politically sensitive time when people struggled with the law on the population and there was a shortage of dermatologists. Moreover, there is currently insufficient understanding among policy makers in the size of the impending cancer epidemic. “I’m actually sorry that such a follow-up study is lacking, because a good cost-benefit analysis would be very welcome and missing in my thesis,” DeRooij mused. “Voluntary screening is a kind of ‘Public Awareness-Plus’ or’ Public Awareness with Free Service” that gives people the chance to recognize places and to be checked. It also gives those people the opportunity to ask questions. That is the crux. The importance of good information is not to be underestimated. ” Because of studies elsewhere in the world, we know enough knowledge among the public ultimately only leads to less dangerous melanomas. “The campaign for the Open Day Skin Fund is a nice and even unique initiative taken by both professionals and patient organizations. A man can not put a value on his skin. It is a precious possession. And moreover, skin cancer, as mentioned, is on the outside and discover by everyone in an early phase. “

A statement of her thesis is: Dermatology is more sensitive than other specialities for over the hedge-medicine ‘. What does she mean? “It can happen to a dermatologist that he/she is in the elevator and someone directly asks a question as if it were the most natural thing in the world, ‘Wow, a dermatologist, how nice …. What do you think of this?” with the person then showing the area of question. Just, wham bam, sans embarrassment. A body in public! That happens to a dermatologist in a way that does not happen to a gynaecologist. ” “When I had just moved 18 years ago (unknown to me) rear neighbor was just on the sidewalk. He had a nasty place in his neck. Well, as mentioned, any skin disorder deserves careful inspection with attention!