We have once again entered into a partnership, this time with Rare Diseases International (RDI).

RDI was launched as a EURORDIS initiative on May 28, 2015 alongside the annual EURORDIS Membership Meeting in Madrid, Spain.

We have been a member of the EURORDIS organization since 2004. 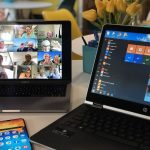