Our lymph system is a kind of drainage system 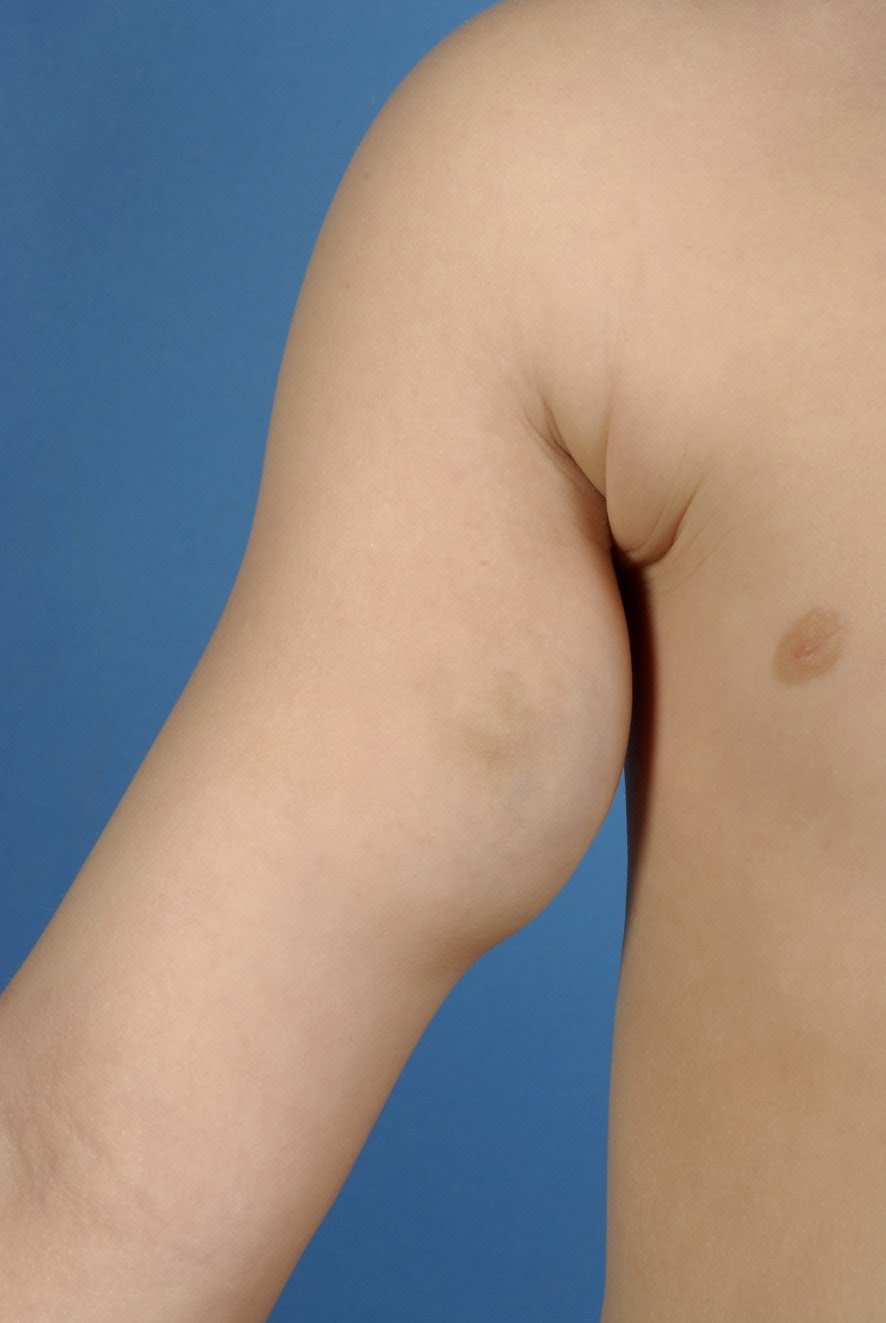 A lymphatic malformation, or lymphangioma, is a rare, benign anomaly.

It can be only a small spot, but it can also be present in several places or be very large. Unlike the other abnormalities described here, this is not a deviation of blood vessels but the lymph vessels. The lymphatic system (lymph vessels and lymph nodes with lymphatic fluid,) is a type of drainage system and plays a role in the immune system. In a lymphatic malformation the lymph vessels are enlarged (dilated) and on such a spot more vessels are created. Most lymphatic malformations are congenital malformations of the lymph system and emerge in the first year of life. They grow slowly, but are not malicious. They can press organs or structures in the area. They can occur anywhere: both in the skin and the subcutaneous fatty tissue, but also in the muscles and mucus membranes. The deviation is most often visible on the head and neck, tongue, upper arms, torso and buttocks. They can even be in the abdomen (cavity). If it arises at a later age (usually as Lymphedema), it often looks like small grouped blisters on the skin.

Treatment: there are several options, including surgery (removal), laser therapy and sclerothrapy. However, it can come back.

The following types are distinguished:

This form is one clear deviation. This derogation feels soft and is under the skin. It contains a few to many lightly dilated lymph vessels and looks skin-colored or slightly translucent.

This is a congenital, birthmark-like deviation which looks like small lymphangiomas in a group together. The blisters are visible and that can be clear, pink or red. The red color is due to the fact that the blood vessels also participate (mixed lymphovascular malformation). In young children, it can also be one spot; which is then stretched tight and pink or yellow in color. This spot can then become several inches large.

This is a rare but is a large deviation of the so-called soft tissue (soft tissue is tissue that connects other structures and organs of the body, supports or includes) and consists of dilated lymph vessels. These are widened and there are several larger spaces (cavernous). Often, also, so do blood vessels there. Often a swelling can be visible on those spots, such as a thick tongue.

This is a benign abnormality of the lymph vessels that is weak to the touch, is translucent and does not hurt. Sometimes there are multiple vessels with a thin wall that are filled with clear or yellowish lymph fluid. It can be quite large and is usually located in the neck (hygroma colli) or anywhere else in the head-neck area (for example, the tongue or floor of mouth). Sometimes it also in the armpits, groin, knees or in the space between the lungs (‘mediastinum’).