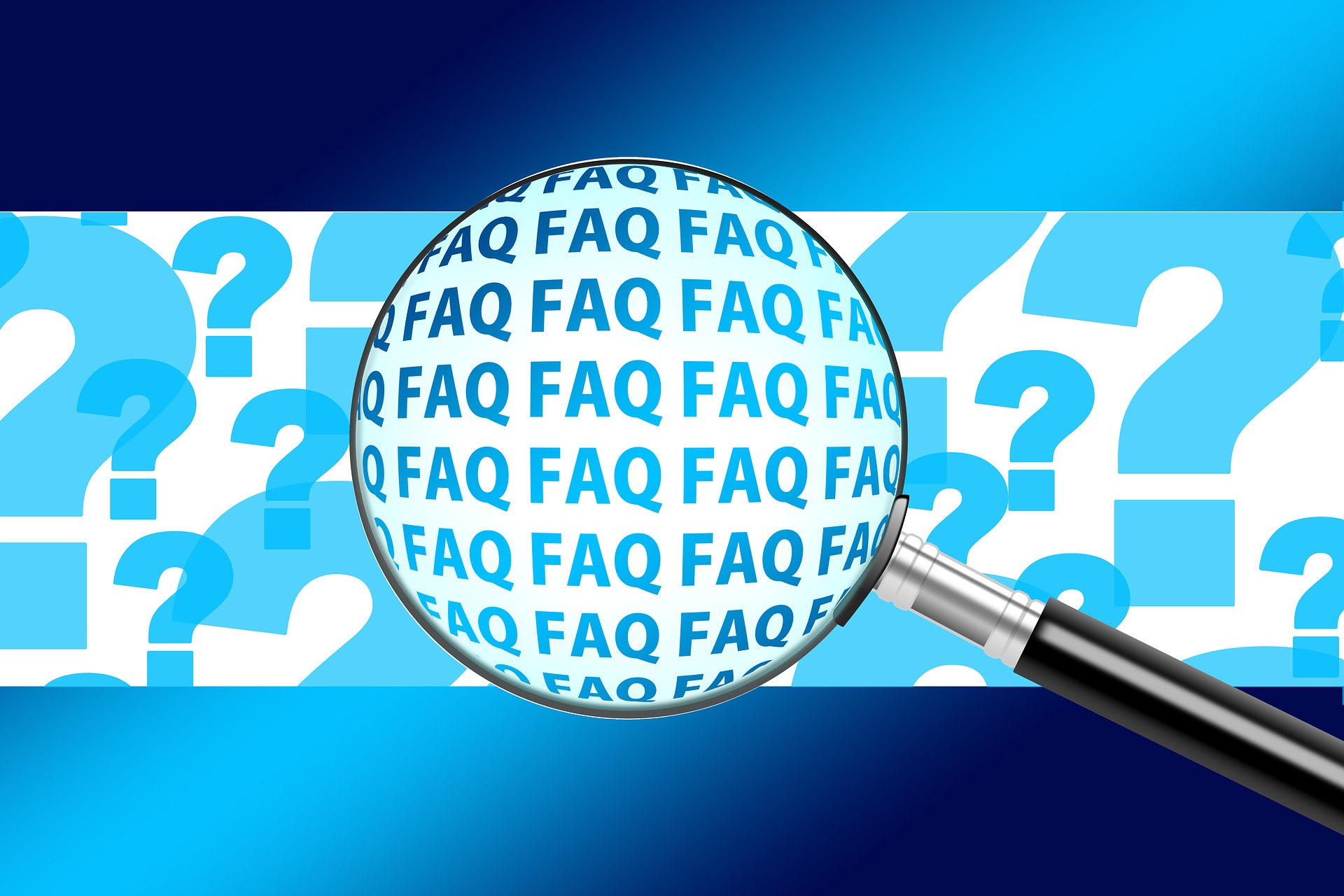 As a woman with CMTC, should I use an anti-conception pill?

If you have varicose veins then there is a risk of thrombosis. Discuss this with your doctor.

CMTC can cause asymmetrical body development.

Is it possible for the body to develop asymmetrically, especially in head to toe dimensions (so where one side of the body develops at a different rate than the other)? What can be done about this?

Yes, this is a possibility although not common and is known as Hemihypertrophy. In certain cases this can be connected with the complication known as primary lymphedema. This is a disorder of the lymph vessels which regulate the fluid balance in the body. With primary lymphedema there are too few lymph vessels to properly drain the body of fluids. As a result, one side of the body can become thicker than the other side.

When should any intervention be considered if there is a difference in leg lengths?

In The Netherlands the guideline is that physical intervention is only appropriate when the difference in leg length is larger than 3cm. In addition, it should be noted that the age of the patient also plays an important role in deciding when to intervene.

In CMTC the skin has a purple or blue ‘marbled’ or ‘fishnet’ appearance as a result of dilated (widened) surface blood vessels.
What is the cause of the dilated blood vessels in CMTC (or other related diseases)?

Dr. Millan Patel and colleagues suggest that defective vascular coverage of a certain type of cell, the ‘pericyte’, of the vasculature may be the cause of blood vessel abnormalities seen in Adams Oliver syndrome (AOS). AOS patients have similarities to CMTC patients (more than 20% of AOS have CMTC) and so this mechanism could also hold for CMTC.

What are pericytes?
Pericytes are contractile cells that wrap around the endothelial cells that line the interior surface of capillaries and venules throughout the body.

Adams Oliver syndrome
The scientists investigated two children with Adams – Oliver syndrome (AOS). AOS consists of congenital scalp defects with variable limb defects. The cardiovascular system is most frequently affected with nearly 20% of reported patients having congenital cardiac malformations and at least 21% of reported patients having cutis marmorata telangiectatica congenita (CMTC). In addition to these congenital features, pulmonary hypertension (PH) has recently been recognized as an important infantile complication of AOS.

The two children had AOS plus additional features including intrauterine growth retardation (IUGR), cutis marmorata telangiectatica congenita (CMTC), pulmonary hypertension (PH), bleeding in the brain. Both developed PH in infancy which ultimately resulted in their deaths.

The researchers propose that abnormal pericyte recruitment to blood vessels is the underlying pathogenic mechanism of AOS. From several lines of experimental evidence, mainly from research in mice, it was found that pericytes play an important a role in the development of vessels. If they are absent all kinds of vascular abnormalities occur.

Did we do something wrong as parents

Did we do something wrong as parents.

No, whether a child has CMTC is down to chance.

Can an infusion be applied or an injection be given in for example an arm or a leg that is affected by CMTC?

This is not recommended due to the chance of thrombosis (clotting in the bloodstream which could cause a stroke or heart attack for example).

As far as is known at present CMTC is not inherited. We do know of parents with CMTC that have children without CMTC.

CMTC is not life-threatening. In fact, as far as is known to date 6 children have died from complications which can occur with certain syndromes in combination with CMTC. These then concerned the presence of syndromal CMTC.

Laser treatment of the very youngest children would not be advised.
Any remaining wound/damage can be treated from an age of 7 years.

CMTC can appear on many parts of the body.
Hereby an overview regarding which actions can be taken per part of the body.

Patches around the eyes and/or on the forehead
In this case there is a chance of glaucoma (raised pressure in the eyeball that can lead to blindness) and brain abnormalities. In the latter case, an MRI scan is recommended.

Patches around the nose and jaw area
Generally speaking no action needs to be taken.

Patches in the ears
Let an ENT specialist inspect the ears regularly and carry out a hearing test when needed.

Patches in the mouth
Let a dentist check development in the area regularly.

Patches on the head
Generally speaking no action needs to be taken.

Patches on the neck
Generally speaking no action needs to be taken.

Patches on the legs
In this case the legs may develop asymmetrically in length and girth. The most significant variation occurs mainly at a young age. During the physical development stage the patches are mostly less visible in terms of intensity.

Patches on the buttocks and/or torso
If there are likely to be other syndromes in combination with CMTC then the advice would be to determine with ecography (ultrasound) whether internal organs such as liver, kidneys, heart and lungs display abnormalities. Should this be the case, then an MRI scan can be used to get a better view of the precise nature of the variations.

My child is afraid of an injection

My child is afraid of an injection.

This fear can arise from the pain caused by the injection especially the phase when it is pierced through the skin. A possible solution is to numb the skin. For this, the cream ‘Emla’ can be used. This cream is also called ‘magic ointment’. You can also use this term if you explain to your child that he/she will feel little/nothing.

To which other conditions is CMTC similar

To which other conditions is CMTC similar.

CMTC can appear similar to conditions such as Klippel-Trenaunay Syndrome or Sturge-Weber syndrome.

My child with CMTC has two toes that have grown together. Does this have anything to do with CMTC?

This can occur when the child has CMTC patches on the legs and/or feet. We have several members who have two toes that have grown together.

What is CMTC actually

What is CMTC actually.

CMTC is the acronym for the Latin name Cutis Marmorata Telangiectatica Congenita. Translated into English this means a birth defect affecting the blood vessels that is visible as areas of marbled skin. The alternative name for this condition is Van Lohuizen syndrome. The Dutch paediatrician Van Lohuizen first described the syndrome in 1922. Internationally, both the names CMTC and Van Lohuizen Syndrome are in use.

People affected by CMTC have in common that one or more areas of their skin are marbled. Generally, this affects the limbs, sometimes the torso and less frequently the face. The condition is not limited to the skin however as this can also occur with defects in other tissues: too thin, too thick or too short bones; thin muscles and also some level of intellectual disability can be present. CMTC can also occur in the context of other syndromes, in which case it is itself a symptom.

What is the cause of CMTC

What is the cause of CMTC.

It is thought that CMTC comes about through a fault during cell division in the unborn embryo. Each new life starts as a ball of cells that grows into an embryo. In an embryo, a number of distinct layers can be identified and the cells of each of these layers later develop into the varied multiplicity of organs and tissues from which we exist. When a fault occurs in the layer known as the mesoderm then there is a chance that all tissues and organs that develop from this layer are affected. So aside from the skin, bones and muscles can also display abnormalities. When the genetic fault develops relatively late in pregnancy then only the skin will be affected. The fact that abnormalities frequently only occur on one side of the body supports this theory as to the cause.

When to start laser treatment

What is a good age to start laser treatment.

The use of lasers for children can mean that the child will need to be put under general anaesthetic, primarily to prevent panic and to ensure that the child remains still. Going through this process several times a year is not advisable for children from both a physical and mental wellbeing point of view.

With CMTC in the sun

Should someone with CMTC patches be exposed to the sun?

This is generally not an issue if a good sun cream is used of at least factor 15.

Wound on knee with CMTC

My child has a CMTC patch on her knee. If she falls on this patch and the wound bleeds then it appears to take a long time before the knee recovers. Is this normal?