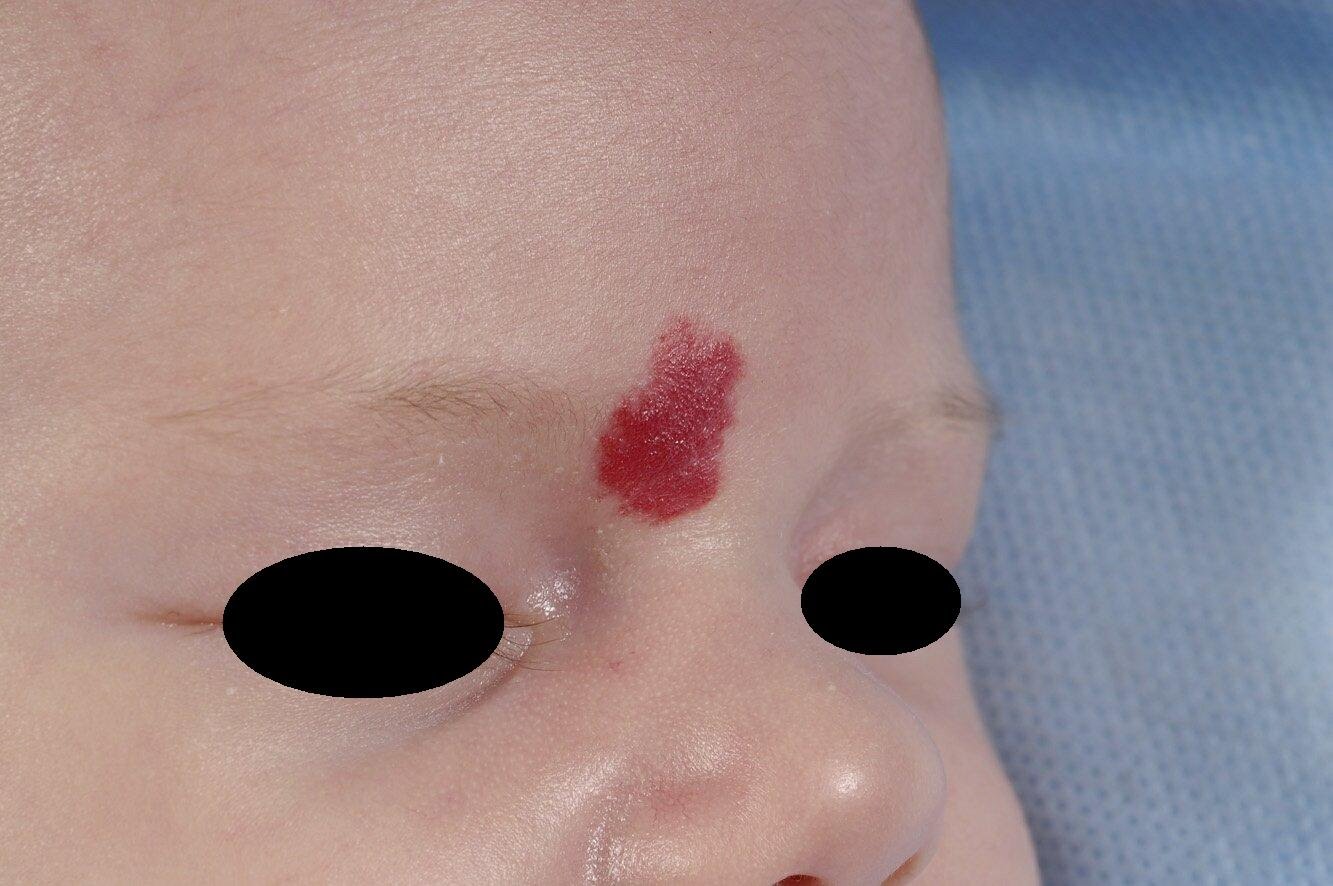 The hemangioma (popularly referred to as a strawberry patch because of the characteristic appearance) is a benign tumor of the blood vessels.

It occurs in 10% (20% in premature infants) of newborns and is the most common benign tumor in children. The diagnosis is almost always made without additional research such as an echo because of the typical appearance. The tumor may vary in number, size and location, but occurs mainly on the face (60%).

The pathogenesis is still unknown, but oxygen deficiency plays a role. The main difference from other vascular abnormalities is that hemangiomas are not present at birth; they usually occur a few days after birth. Sometimes there may be a “precursor spot” appearing (precursor lesion, a lighter stain with or without small blood vessels). Hemangiomas then grow within weeks to months and may be very large. They then become smaller again, but the process could take years (approximately 10% of hemangiomas will disappear over a year).

Because they go away hemangiomas do not need to be treated. But hemangiomas can sometimes cause serious complications due to the size and location. These could include physical problems such as a hemangioma causing one eye to be shut so the development of the eye is threatened or part of a syndrome such PHACES. PHACES is a syndrome in which, besides a large flat facial hemangioma, other abnormalities can occur such as abnormal blood vessels in the brain or abnormalities of the heart or eye.

Hemangiomas that cause problems (alarming hemangiomas) must follow a course of treatment. Previously this was done with corticosteroids (as a drink or injected directly into the place) but nowadays they use beta blockers such as propranolol, which has been used for a long time as a treatment for high blood pressure. This seems to work better than corticosteroids and has fewer side effects. Increasingly now one covers small hemangiomas for cosmetic reasons with beta-blockers such as propranolol in a 1% cream applied four times a day.  The cream should be applied to the hemangioma and the hemangioma should not be too deep. The effect can be seen by the doctor to score according to a scoring system such as the HAS (Haemangioma Activity Score). There are several systems described in the literature. The table below shows the possible treatments for hemangiomas.

Therapy options in the treatment of infantile hemangiomas (IH) with pros and cons.

Worsening ulceration of infantile hemangioma after initiation or escalation of propranolol